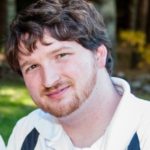 Nathan met his wife, Brianna, in 2006 at Johnson Bible College.  Shortly after graduating in 2010, they were married and moved to Galax, Virginia, where Nathan preached until 2016.  In 2014, they were blessed with a son, Malakai, Lucas in 2017, and Micah was born in November 2019.  They moved to Martinsville in July of 2016 to join the Eastview family.  Nathan’s hobbies include Scottish Highland athletics, Brazilian Jiu-Jitsu, and going on dates with his wife.
765-342-4483 ext. 15
[email protected]

Rick has served as senior minister at Eastview since 1995. Prior to coming to Martinsville, he preached in Bedford, Indiana for 4 years and served for 15 years in youth ministries in Russell, Kentucky and Martins Ferry, Ohio.
Rick attained his B.A., B.Th. and M.M. degrees from Kentucky Christian College. He was ordained in 1980 by his home church, Moreland Christian Church, in Canton, Ohio. He is passionate about world missions, having taken trips to seven different countries and several trips to areas within the U.S. He serves as board chairman for North India Christian Mission.
Rick and his wife (and partner in ministry) Pam, have twin sons, Jeremy and Joshua who graduated from Cincinnati Christian University, and are both currently employed at Kentucky Christian University as Women’s and Men’s (respectively) soccer coaches and “Student Life” coordinators. Rick currently serves on the Eastview Missions and Evangelism Teams. He also teaches classes on Sunday and Wednesday nights. His hobbies are sports and reading.
765-342-4483 ext. 12
[email protected]

Jon joined the Eastview staff in January, 2012. He serves the Eastview body part-time while balancing other work activities and tending to his family. He attended Kentucky Christian University for 2 years prior to marrying his wife, Melinda. They married in 2000 and have 4 children: Kaylin, Ava, Elijah and Addison.
“Our family’s passion is to serve to the fullest. My wife Melinda is a local preschool teacher. Our kids love singing, playing instruments, sports and participating in school activities. We felt the calling to come to Eastview after seeing how passionate everyone was about serving God by serving one another. This grabbed our attention and we have felt a part of the Eastview family ever since.”
765-342-4483 ext. 13
[email protected]

Johnna grew up in Morgan County and graduated from Indiana State University with a degree in Early Childhood Education. She began teaching preschool in 1997 and is currently the director of Kountry Kids Preschool. She and her husband, Terry, have been blessed with two children. She and her family have worshiped and served at Eastview for several years in numerous capacities. They enjoy church, sports, animals, laughter and the outdoors.
765-342-4483 ext. 16
[email protected]

Angie moved to Martinsville in 2004 and started attending Eastview, with her family, the same year.  She met her husband, Reid, while attending Indiana University and they both graduated in 1996.  They married in 1997 and have two daughters. Morgan is a sophomore at IU in the nursing program and Brianna is a junior at Martinsville High School.  Angie and Reid are active with the Fellowship Team.  Reid is a deacon and on the Property Team. Angie enjoys traveling with her family, reading, watching Brianna’s golf matches, spending time outdoors and walking with their Bernese Mountain dog, Abbie.
765-342-4483 ext. 10
[email protected]